Marilyn’s boyfriend invites Marilyn and her family to a masquerade party. Marilyn goes as Priscilla her boyfriend as John Alden. Lily is Little Bo Peep, Grandpa is Napoleon, and Herman is King Arthur dressed in armor. Marilyn’s boyfriend’s father (Dressed As Frankenstein) is insulted when Herman compliments him for not wearing a costume :). At the end of the night Herman with a prize for wearing a Frankenstein costume under his suit of armor. Lily and Grandpa feel insulted because that is Herman’s real face! However, Herman doesn’t realize that he is being insulted. 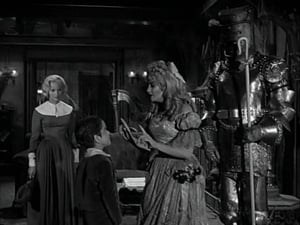